So it seems my time with the Ferrari was shorter than we originally expected but all in all, it went for the right reasons. I had planned to keep hold of the car for a couple of months so we could have all the necessary work carried out to get it back on the market for the right asking price but after a few discussions with some other owners, as few body shops and some other people, we decided to cut our losses and let the car go to a very respected Ferrari specialist in Cambridge.

I have no doubt in my mind that they will probably spend these coming winter months repairing and servicing the old girl to bring her back to her former glory so they can sell her on for a handsome asking price, but to be honest niether myself or the owner have the time or resources to do that right now so I think we still came out of the deal a bit better off than we could have been.

It was a shame to see it go, despite the list of issues and niggles that stretched well into a £20k repair bill, as it still drove beautifully and sounded great.

Before I handed over the 1 remaining functional key, I had the pleasure of taking the F430 down to Silverstone Circuit for the annual Ferrari Owners get together at the Ferrari Racing Day. It was great to park up in the paddock with the massive variety of other Ferraris from old 348s to 2 LaFerraris and everything in between including a couple of stunning F40s and even an F50 and an Enzo… There was also some track action with some owners pushing their pride and joy’s to the limit and also some cars from the Ferrari Corse Clienti XX programme. Listening to a LaFerrari FXX K blasting around Silverstone Circuit was simply awesome. 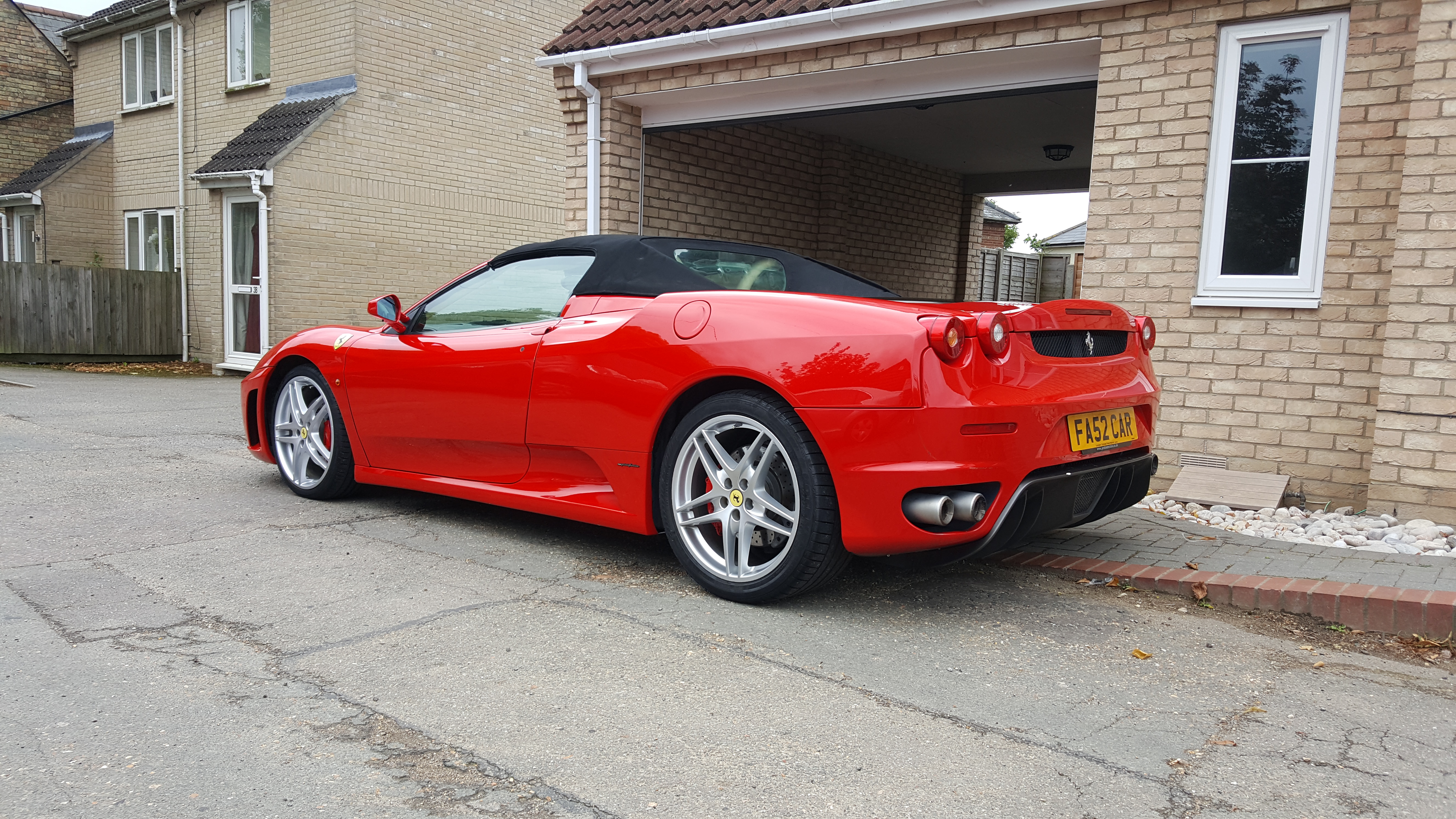 During my day there I had a good chance to look a lot of other F430s that were parked up to see what kind of condition most were in and if the example I was in had any particularly rare options etc… It did not take long to realise that if we were going to put the car on the market for the kind of money they are currently changing hands for, we would need to do a lot of work. This was only made clearer after speaking to quite a few other owners, several of which said they would be interested in the car if we did go ahead with the works.

As I said before, I am going to miss driving the F430, and it is now a bit strange not seeing it in my garage under it’s bright red sleeping bag, but given the car’s history and the sheer amount of work required to bring it back to a respectable state, it was definitely the right decision to make. I don’t have any other plans to drive anymore supercars for the rest of this year but I’ll be turning 30 in January and I am looking forward to seeing what 2017 will bring in the form of car tests and experiences.

Scratching The Itch – Time To Buy?

3 Car Garage – Ones That Got Away

Time For An Update – New Cars, Awards and Being Back on Track

A Grand Day Out – The Land Rover Defender 90

3 Car Garage – Must Have Manuals